Online craps is a popular dice game that relies heavily on luck but at the same time requires some skills, experience and planning. A neophyte would find an online craps table to be arcane because of multiple marked sections that look together like a big mindbender, but it will take any user just 5–10 minutes to grasp the idea and simplicity of the game.

How to play craps online 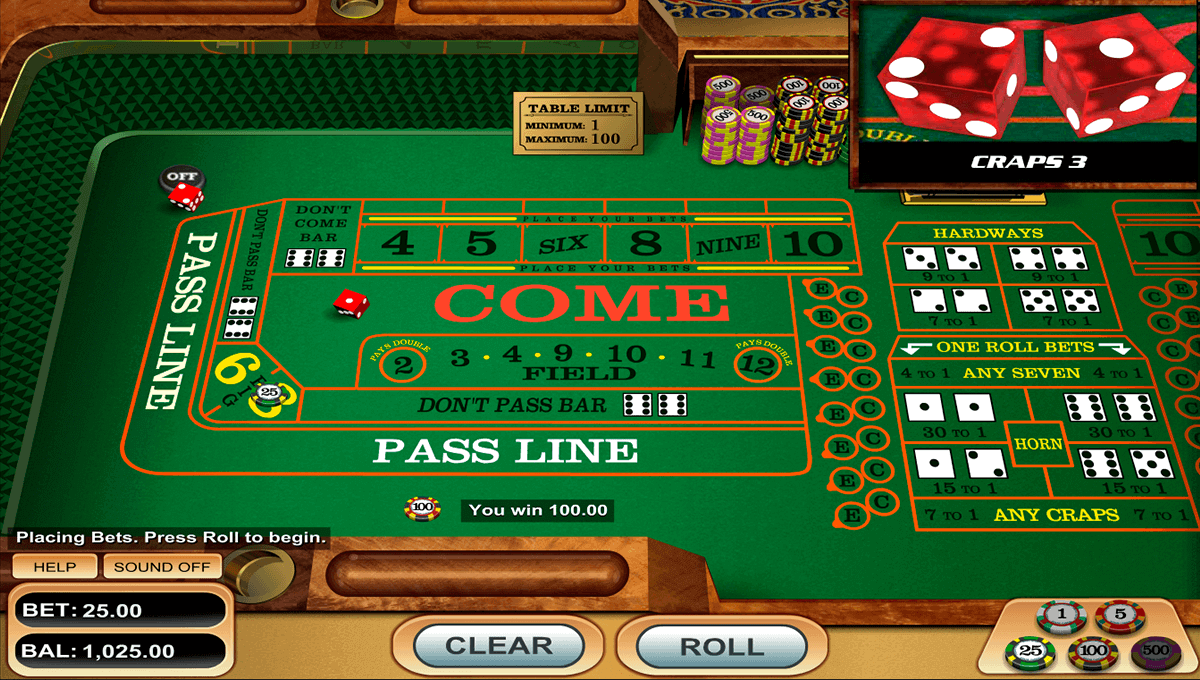 The aim of craps is to predict the result of a dice roll. With this in view, the player is required to place a bet on a table area s/he wants. The table features numerous areas marked with numbers or bet names, for example, Pass, Come, Field, and so on. A craps game has two phases: Coming Out phase and Point phase.

At the beginning of each round, the game software rolls two dice after you have clicked or tapped the Roll button. The first dice roll in craps is named the “come-out roll”. If the dice total is 2, 3, 7, 11 or 12, the game ends without advancing to the second, Point phase. If you roll 4, 5, 6, 8, 9 or 10, the game moves to the Point phase. During any stage of the craps game, you can place main bets and side bets, all featuring different winning odds. Let’s first explore the main bets that have the best expectations and are thus more attractive and favorable to players of New Zealand.

In the Pass Line bet, you win if the come-out roll totals 7 or 11, and lose on 2, 3 or 12. If the round ends with a total of 4, 5, 6, 8, 9 or 10, that number becomes a Point number and the game proceeds to the foregoing second stage. During the second phase, you win if the number established as the Point appears before a 7 is rolled; otherwise, the bet is considered lost.

This bet works similarly to the above but the winning numbers in the first phase are 2, 3 and 12, while the losing numbers are 7 or 11. In case of any other outcome (4, 5, 6, 8, 9 or 10), that number becomes the Point and the second phase begins. Here you need to roll 7 before the Point number drops; otherwise, the Don’t Pass Line bet is lost.

After a point number is determined in the first phase and the game thus shifts to the second phase, you can take Come/Don’t Come bets. This means that the next dice roll will become the come-out roll and establish a point number. The same craps rules as for pass bets are applied.

The four bets reviewed above have the highest odds, which makes them the most attractive bets used in online craps. Pass Line and Come bets have the house advantage of 1.41%, while Don’t Pass and Don’t Come produce the house edge of just 1.36%. In light of this, players are recommended to stick to these bets in order to maximize their winning chances and extend the bankroll for longer.

Bets are not equal in how they pay out. In this connection, a “bad bet” is the one that has a very high house edge so a professional craps player would think twice before putting his money on a risky outcome. As an example, all single-roll bets are deemed to be bad bets. For single-roll wagers, the outcome is established for one particular dice roll. There are several single-roll bets in online casino craps and most of them give an extremely high edge to the house so careful players usually avoid them, except for Field bets that are certainly worth your attention. When putting up a Field bet, you predict that the next roll will result in 2, 3, 4, 9, 10, 11 or 12. If 2 or 12 is rolled, you get paid 2:1. All other field bets award even money (1:1). As these are single-roll bets, you have to place a new field bet for each subsequent roll if you want to continue with them. Other one-roll bets are described below:

This is a bet on 2, 3 or 12. A normal payout is 7:1 but some variants of craps offer an 8:1 return on that bet. Any Craps has one of the highest houses edges at 11.1% so professional players consider it a waste of money.

The bet is made on any combination of 7. A 7 can be produced in six different ways using two dice (3+4, 2+5, 4+3, etc.) and the payout for Any Seven is 4:1 (or 5:1 in some game variants). This is the worst bet in the game ever because the house edge is over 16 percent, so smart players hardly ever put real-money bets on this outcome.

Big 6 or Big 8 are available for betting after the point number is determined. They win if any combination of 6 or 8 appears before any 7. Given the house advantage of over 9%, either bet pays off even money, which makes it an undesirable betting choice.

According to typical rules of craps, a hardway roll consists of a double number, for example, 2+2 is a hard 4. It is obvious that four hard rolls can be produced as a result of any dice throw: 2+2, 3+3, 4+4 and 5+5. Other doubles (1+1 and 6+6) belong to proposition bets, not hardways. So you can make a bet on hard 2/4/6/8 and the bet wins if the related number comes off before a 7. All hard rolls have the house edge figures between 9% and 11% so they are not beneficial and should be avoided.

There are 6 numbers on each die, so two dice give 36 possible combinations. In online craps, the harder it is to roll a certain combination, the better it awards. For example, a 2 or 12 can be made of only one dice combination (1+1 and 6+6, respectively), so the winning odds for either outcome are 1:36. The payout for a 2 or 12 is 30 to 1 (note that true odds for any bet differ from respective payouts, though correlate with it). The best winning odds and the lowest house advantage is peculiar to Pass/Come and Don’t Pass/Don’t Come bets. All the four feature even-money awards and very good chances of being hit.