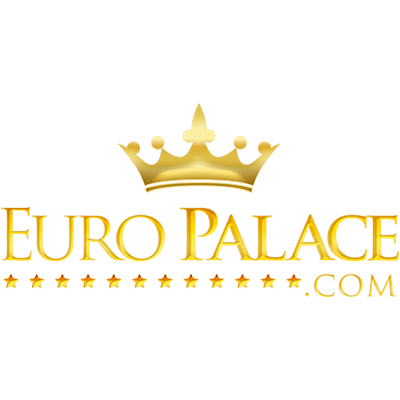 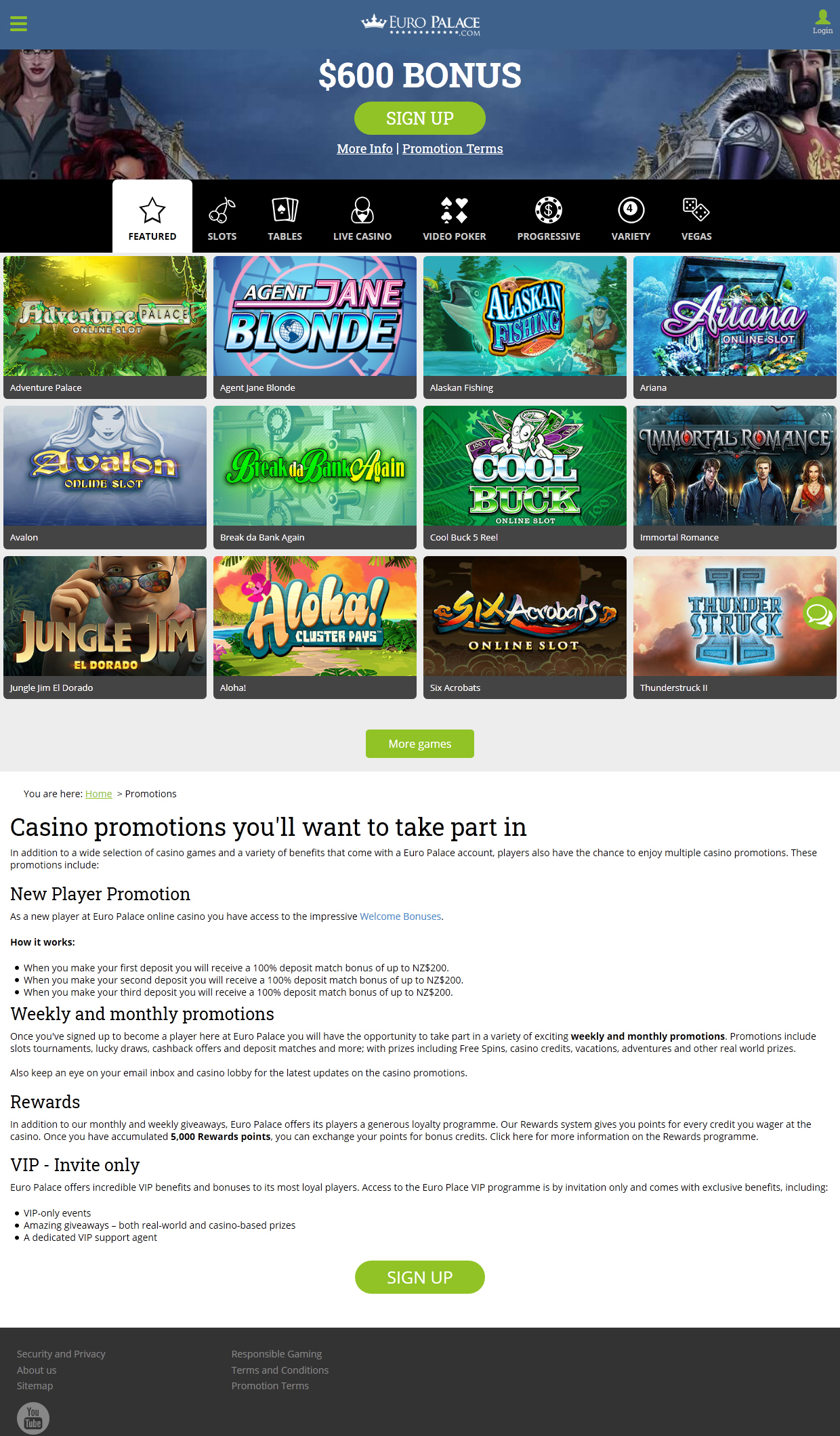 A Microgaming casino, Euro Palace has a vast collection of games and a unique system of promotions and bonuses. Players will never feel bored at Euro Palace as it offers something for everyone: top pokies, progressive jackpots with mouth-watering amounts, captivating tournaments and much more. New Zealand customers who decide to join the casino can sign up in a matter of seconds. There is also a casino application that can be downloaded and installed instead of playing in a browser. Microgaming has long become a byword for memorable gaming experience and Euro Palace users have all chances to rise on a wave of success and win big.

Euro Palace is a Maltese registered company holding an MGA gambling license. It is a fully legal online casino that is subject to routine assessment by eCOGRA, which is a globally recognized independent auditor. New players are asked to sign up because guests with no registration cannot open any game. Immediately after registration, all game content will be unlocked for play. Euro Palace is known as a reliable, solid and hassle-free site that pays out money without any problem, has amicable Help Center agents and intelligible terms of use.

Users who tend to play on the go will find the Euro Place mobile site a comfortable place to stay at. Superior bonuses, a Microgaming-driven collection of games and certified fairness are the key advantages of the casino for most mobile users. A small icon at the bottom enables everyone to get in touch with a 24/7 Support. To reach most of the casino pages, there is a three-line (hamburger) button at the top, which hides key casino sections inside: Getting Started, Promotions, About Us, Banking, and etc.

Players who already have an active account with the casino may pick any of the following deposit options: Visa, MasterCard, iDebit, Trustly, Skrill and Neteller. There are certain limits that depend on the chosen method: the min limit is $10 for all deposits and the max deposit limit is normally $5000 (method dependent). As of this writing, bitcoins were not in the list of accepted currencies.

On the banking page, a player will be asked to select any of the following: ecoPayz, Neteller, Visa, bank wire Swift, bank transfer and Entropay. Player’s withdrawal request will be placed on hold for 24 hours, during which the casino can ask the player to submit some personal documents. Note that a normal max limit for withdrawal is $10,000 a day but in some cases, the casino is entitled to apply a $4000 weekly limit. The latter is valid for players whose withdrawal request is five times as high as total cumulative deposits placed to the casino since registration. Implication is that new players will be eligible to request only $4000 a week. It bears reminding that digital currencies (bitcoins) cannot be transferred to/from the reviewed casino.

The casino proudly presents a comprehensive collection of Microgaming pokies, from the oldest to most recent. The provider tends to launch at least 3 novelties monthly so punters should check back regularly. Video pokies from Microgaming are designed to appeal to everyone as they have varying bet sizes, different themes and lots of bonus features. New Zealand players will be more than satisfied with the stunning selection of games. Most of them have a certain number of paylines but some are based on a no-payline principle and have 243 ways to win, for example, Exotic Cats, Immortal Romance and Game of Thrones. In games like these, payouts are granted when identical symbols come adjacently, no matter their position on the reels.

There is quite a number of pokies with stacked or expanding wilds in the Microgaming collection. The best examples are Sidewinder, Dance of the Masai, Flight Zone and Santa’s Wild Ride. This exciting feature will help NZ users boost their bankroll because stacked or expanding wilds normally cover an entire reel, thus increasing potential winnings.

Many players of New Zealand love Microgaming pokies which are inspired by top-ranked films. Terminator 2, Battlestar Galactica, a Lara Croft series and many other stellar pokies make players revive their memories of the favorite films. In The Phantom Of the Opera, there are 5 lines and 243 ways to win. Symbols are of different sizes and they show photographic images of actors starring in the same-name film. There is a chance of winning up to $290.000 in this legendary pokie.

There are also many pokies that revolve around an Asian theme. These include Double Lucky Wine (a Jan 2020 release with Double symbols, Double wilds, Random Wild feature and other fantastic bonus features), Emperor of the Sea (a 5-reeler with free spins, Rolling Reels and Growing Wilds) and more than 20 other Asian pokies.

Games with three reels, known as classic, are aplenty in the online casino. They are sure to entertain every player as they have high payouts and simple gaming process at the same time. The most brilliant titles that appeal to many gamblers are Cash Crazy, Flower Power, Ruby Reels, Reels Royce and Mummy Munny. Some three-reelers, like LotsaLoot and Cash Splash, have progressive jackpots.

Not only pokies carry a progressive. Triple Seven Blackjack has a side bet that results in a jackpot if the player’s hand consists of three sevens of diamonds, which can be achieved after splitting a hand of two Sevens. Ultimately, Roulette Royale also offers a progressive jackpot if the ball lands on the same number for five times in a row.

The casino proudly highlights a few dozen table games of different genres and styles. Blackjack devotees will find here many classic variants such as Vegas Strip, Vegas Downtown and Vegas Single-Deck Blackjack. As an ultimate touch to the globally renowned card game, there are some rare variants, like Double Exposure, Spanish 21 and Hi Lo 13 European Blackjack.

European, American and French roulette tables from Microgaming have nice design, many user settings and flexible bets. Two tables (Multi Player Roulette and Multi Wheel Roulette) deserve special attention of all roulette fans. Baccarat and craps are available in a handful of tables each. Generally, the choice of table games is not that big as Microgaming tends to focus mainly on pokies.

A starter promotions consists of bonuses on the first three deposits, a 100% match up to $200 each (thus, a total of $600 in bonuses). Bonuses are unlocked on the condition of depositing $10 or greater. The wagering requirement is x50 for each part of the package.

Once an NZ player signs up with the online casino, they have the opportunity to claim weekly and monthly promotions that take the form of reload bonuses, free spins or free chips. Players also earn reward points when betting real money in all casino games.