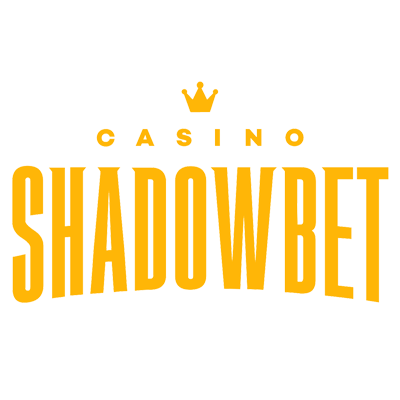 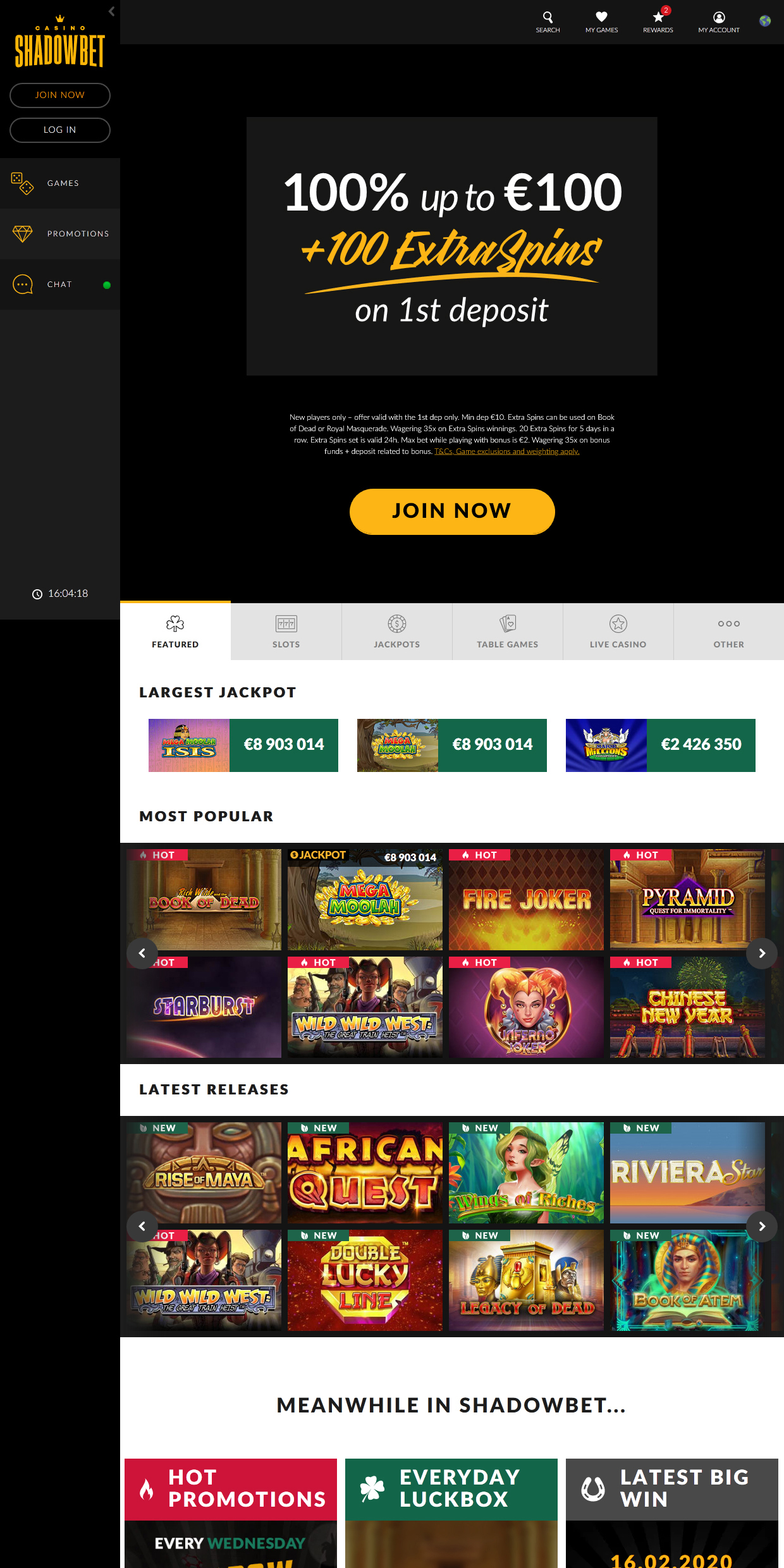 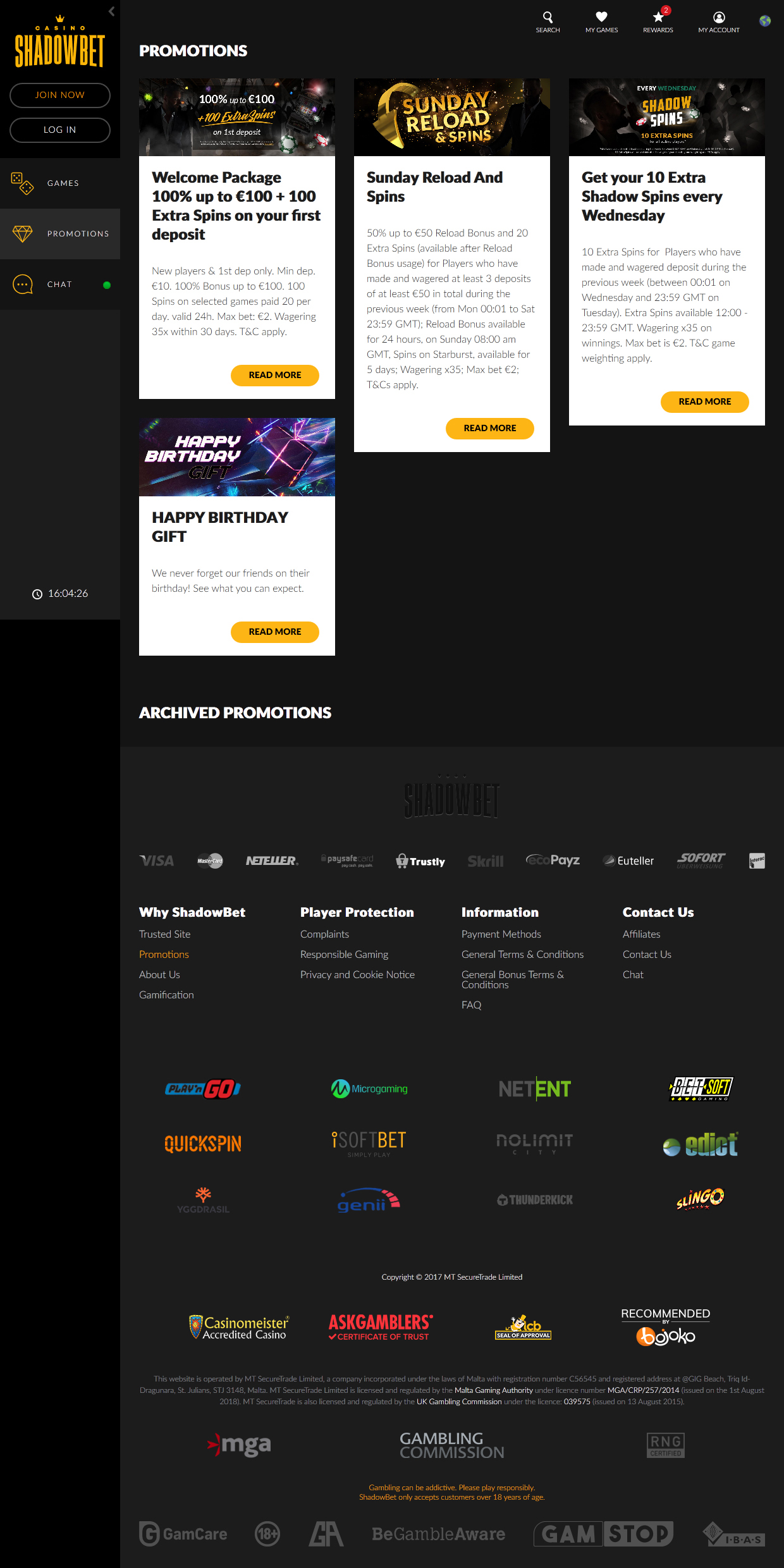 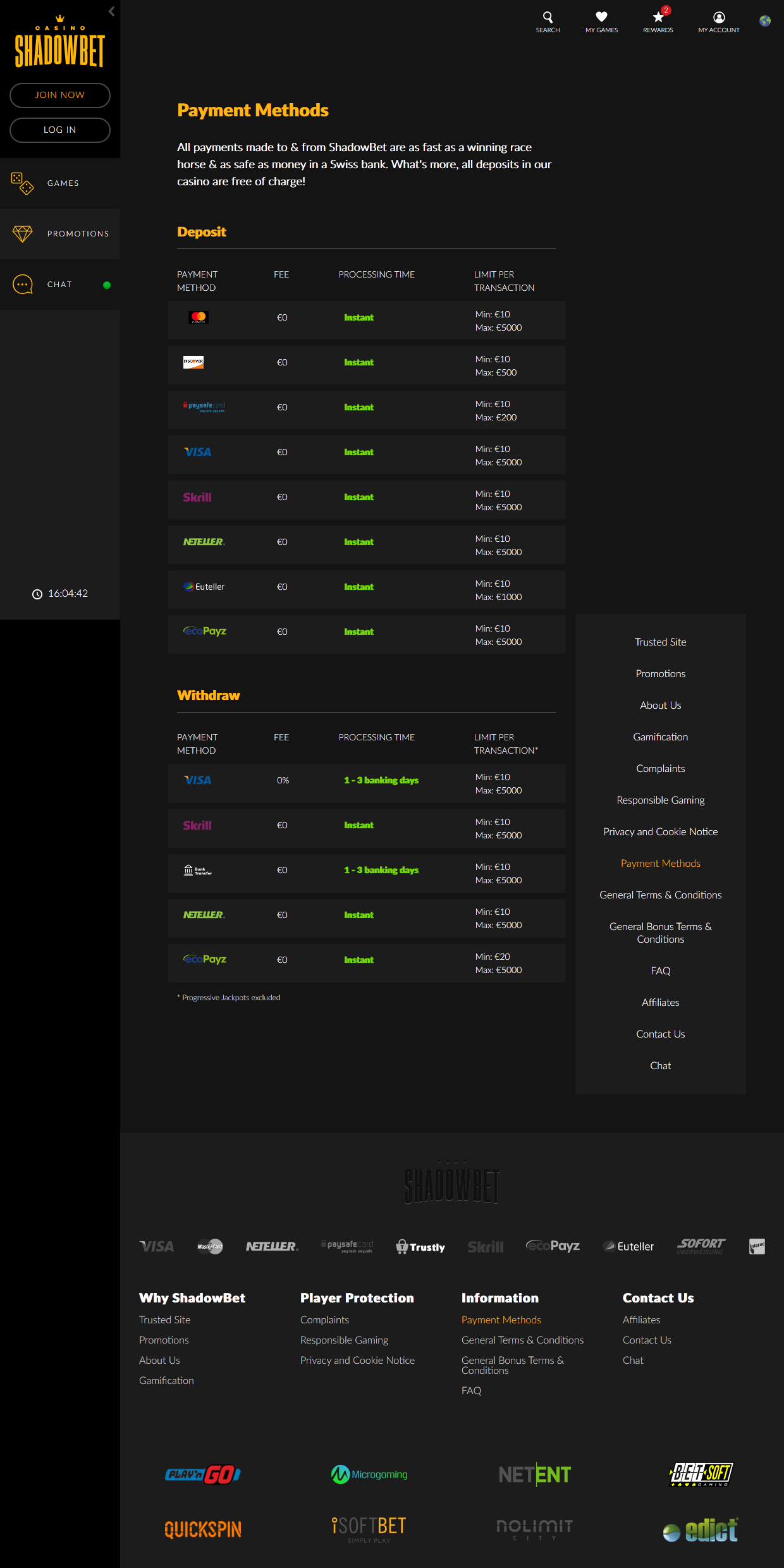 Shadow Bet is a legal online casino that has on offer hundreds of pokies released by Microgaming, NetEnt, Quickspin, iSoftBet, Pragmatic and other top-notch providers. The casino is absolutely safe and secure as it is licensed by two authorities: Malta Gaming Authority and UK Gambling Commission. Professional gamblers in Ask Gamblers, Casinomeister and other trustworthy web platforms recommend this online casino to any New Zealand user who is searching for some unique games and fair gaming.

The homepage design is neat and aesthetically pleasing. It has black background, around 15 clickable game thumbnails, Hot Promotions banner, Everyday Luckbox that shows recent winners and the Latest Big Win area that displays info on significant wins in the online casino. A wide and long area at the bottom provides links to key casino sections, shows licensing information and other stuff that is typical for most online casinos. Generally speaking, the way Shadow Bet is arranged in terms of web design is fairly common for modern online casinos out there. There are at least three things that can serve as advantages and reasons to sign up and play in Shadow Bet: proven reliability backed by positive track record, abundance of pokies and excellent bonus program with average-sized playthrough requirements. In many aspects, Shadow Bet is a mid-tier gambling place that normal users can trust.

Deposits and withdrawals in Shadow Bet

The casino team claim their payments are as safe as a Swiss bank and as quick as a winner horse. Anyway, the casino offers a set of internationally acknowledged payment tools including cards (Visa, MasterCard), Discover, paysafecard, Skrill, Neteller and ecoPayz. Bitcoin payments are still unacceptable. The min deposit limit is $10, regardless of the chosen method, while the max limit varies between $200 (paysafecard) to $5000 (most methods).

As the case is in many other venues, withdrawal options are somewhat narrower. Legal NZ players are offered the following methods to get their money back from the casino: Skrill, Neteller, ecoPayz and bank transfer. All transfers are free of charge as the casino does not impose any commissions. The minimum withdrawal amount is made friendly to everyone, especially to those who have small bankroll – the casino allows for withdrawing as low as $10. The only requirement is that the initial deposit be wagered at least once before requesting withdrawal. Max limit per transaction is $5000.

Smartphones and tablets are perfect devices for visiting the online casino, spending there some time and bearing away a hundred of dollars or greater. The mobile casino actually recreates the layout of its desktop peer but it also features some typically mobile things such as a hamburger button at the top left corner and a thin area with four quick links always fixed to the screen bottom – it provides quick access to Games, Search field, My Games section and Rewards. The mobile collection numbers 500 pokies roughly.

The number of video pokies provides for a really good choice. There are over 700 games of this kind provided by 12 companies, like Microgaming and Net Entertainment. All pokies, irrespective of their type, are published on a single page, except for progressives that room a separate category. When inside the pokies category, a player of New Zealand can click on a provider’s logo to filter out all games, except for the selected company. A player can also check the Latest Releases box to display only recent games. Each game thumbnail has an “I” button on it. Clicking it opens brief overview with the game provider, overall game ranking and theoretical return to player (in percentage). Pokies that enjoy highest popularity are marked with a Hot band.

There are about 160 pokies from Microgaming in Shadow Bet. The casino tried to pick the most popular and feature-packed pokies in the Microgaming’s library, and it succeeded. Now players of New Zealand have a plethora of choices from the top-ranked company such as Immortal Romance, Sherlock of London, Leagues of Fortune, Robojack and Basketball Star. Players can delve into the vibrant action of branded pokies based on films, like Terminator 2 and Battlestar Galactica. Developers tend to outfit their creations with many innovative bonus features and high payouts.

NetEnt’s fans will locate here 100 pokies, both classic and recently released. Shadow Bet presents lots of popular games released by Net Entertainment, including the legendary Gonzo’s Quest and Starburst that are known to every casino visitor. Players who prefer low-volatile pokies should take a closer look at Dazzle Me that features Dazzling Wild Reels, Linked Reels and the max win of 152,000 coins. Wilderland is another top pick that has Expanding Wilds, four types of Walking Wilds and a gorgeous elf theme. Many players believe the two providers described above are leaders in the gambling industry of today. Whether true or not, their pokies enjoy great popularity and broad appeal.

Quickspin is another top-ranked company that a user can see in Shadow Bet. With around 60 pokies available in the online casino, players are offered spotless gaming experience and creative reel schemes. Many Quickspin pokies are in stark contrast to mainstream 5×3 games and offer something unconventional. As an example, The Epic Journey, devoted to a trip to the center of the Earth, has three 5×3 reel sets, thus 45 icons are visible at a time. Another unusual pokie, Phoenix Sun, has Rising Respins that expand the initial 5×3 field up to 7776 ways to win. As a rule, Quickspin creations have high frequency of small wins instead of offering huge max payouts.

The online casino is home to hundreds of pokies released by other providers, in addition to the ones overviewed above. NYX, Nolimit City, Yggdrasil and other noted companies are worth playing and always deliver exactly what most gamblers expect.

There are presently 10 pokies that have a progressive, most of which are from Microgaming. Seven- and eight-figure winnings are possible in Mega Moolah that set the world jackpot record of almost 19 million euros. Major Millions is another staggering pokie of this kind that tends to pay out an average of $730,000 per jackpot win. In addition to Microgaming pokies, Shadow Bet also has a few pokies from other providers: Powerspin (Quickspin), Jackpot Raiders (Yggdrasil) and Fruit Bonanza (Play’n’Go).

After transferring at least $10 to the casino balance, the player will be credited a 100% first deposit bonus up to $100. Besides, the player is going to receive 20 free spins (called Extra Spins in Shadow Bet) for 5 consecutive days. Bonus money and free spin wins must be wagered x35 times.

There is a 50% reload bonus up to $50 with a x35 WR, granted every Sunday. Preconditions for its being triggered are as follows: the player needs to have placed three or more $50 deposits during the previous week. As an addition, the player will avail themselves with 20 Extra Spins on Starburst after fulfilling the bonus WR. On Wednesday, the casino gives away 10 Extra Spins to players who placed a deposit in the previous week. The WR is the same as above. 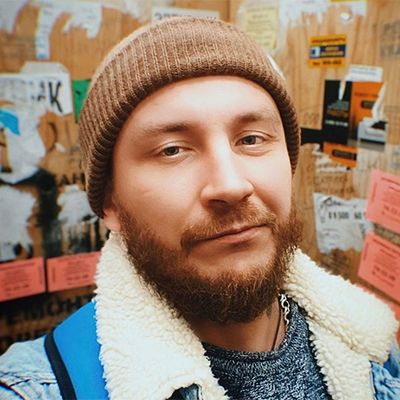