Starlight Kiss is another romantic 5-reel pokie from Microgaming with 30 paylines. The pokie will enrich your gaming experience by an enticing bonus game where you have to fill in a romance meter and win hearts to receive a bonus multiplier of x10. Try to woo the beautiful blonde, engage her heart and she will share her fortunes with you. The game benefits from a gorgeous bonus with 14 free spins at a multiplier of x2. It is time to plunge into the mood of love and feel the pure romantic atmosphere that comes with it: flowers, chocolate candies, candles and other sweet things including a healthy $10,500 jackpot. 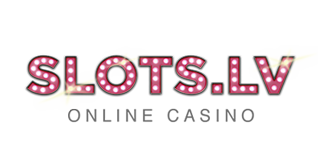 As soon as you enter the pokie, you can see the reels are located in front of a beautiful night park scenery with lush trees, star sky and blooming flowers. Images of objects that are used to pay court to ladies are used as symbols in Starlight Kiss. These include a box of chocolate candies and a piece of paper with a love message on it, which pay out x300 and x600 respectively. Standard card deck symbols are also found in the pokie and they pay lower than other symbols, with up to x150 for five aces.

Apart from those basic symbols, there are two pictures depicting a young man holding out a rose and a young woman throwing a flirty glance. Both award x700 for five of a kind but they also can create mixed combos and pay up to x200 when they come in any sequence on an active payline.

The minimum bet allowed in Starlight Kiss is one coin and the maximum can reach 600 coins. You can increase or reduce a coin denomination between $0.01 and $0.25, thus a total bet lies within the range of $0.30 and $150 per spin.

The logo of the pokie serves as a wild symbol that completes or lengthens a winning combination of regular symbols. Wild-completed combos award on the basis of the paytable and the wild has no multipliers attached to it. Better yet, the logo pays out by itself, independently of other symbols. When two to five of them get aligned on a payline, you receive up to $10,000.

There is also a scatter symbol that displays a big mansion with the word “Scatter” on it. Three or more of these symbols scattered across the grid trigger 14 free spins during which all wins are multiplied by x2. Free spins can be re-activated during the feature if you again get 3 or more scatters. Besides, five scatter symbols pay the highest jackpot award of $10,500 if you place the maximum wager.

A second-screen feature is unlocked by three bonus symbols (the young couple kissing) that appear on reels 2, 3 and 4. Before the bonus feature begins, you get an instant prize of x4 times a total bet. The moment you enter the bonus game, you will see a beautiful fountain with white swans, trees and a bench where a young couple is sitting on.

To the left of this idyllic landscape, there is a vertical Romantic Meter with multipliers of x2, x3, x4, x5 and x10. At the beginning of the feature you are prompted to pick any one of 10 objects shown on the screen including a statue, owls and a flowerbed. You have three picks and every object that you choose reveals a coin award and one or more hearts that add to the Romantic Meter. After you have made 3 picks, the total coin prize is multiplied by the value indicated on the Romantic Meter and the resulting sum will be your ultimate bonus win.