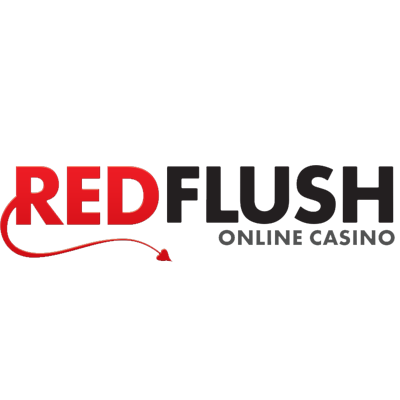 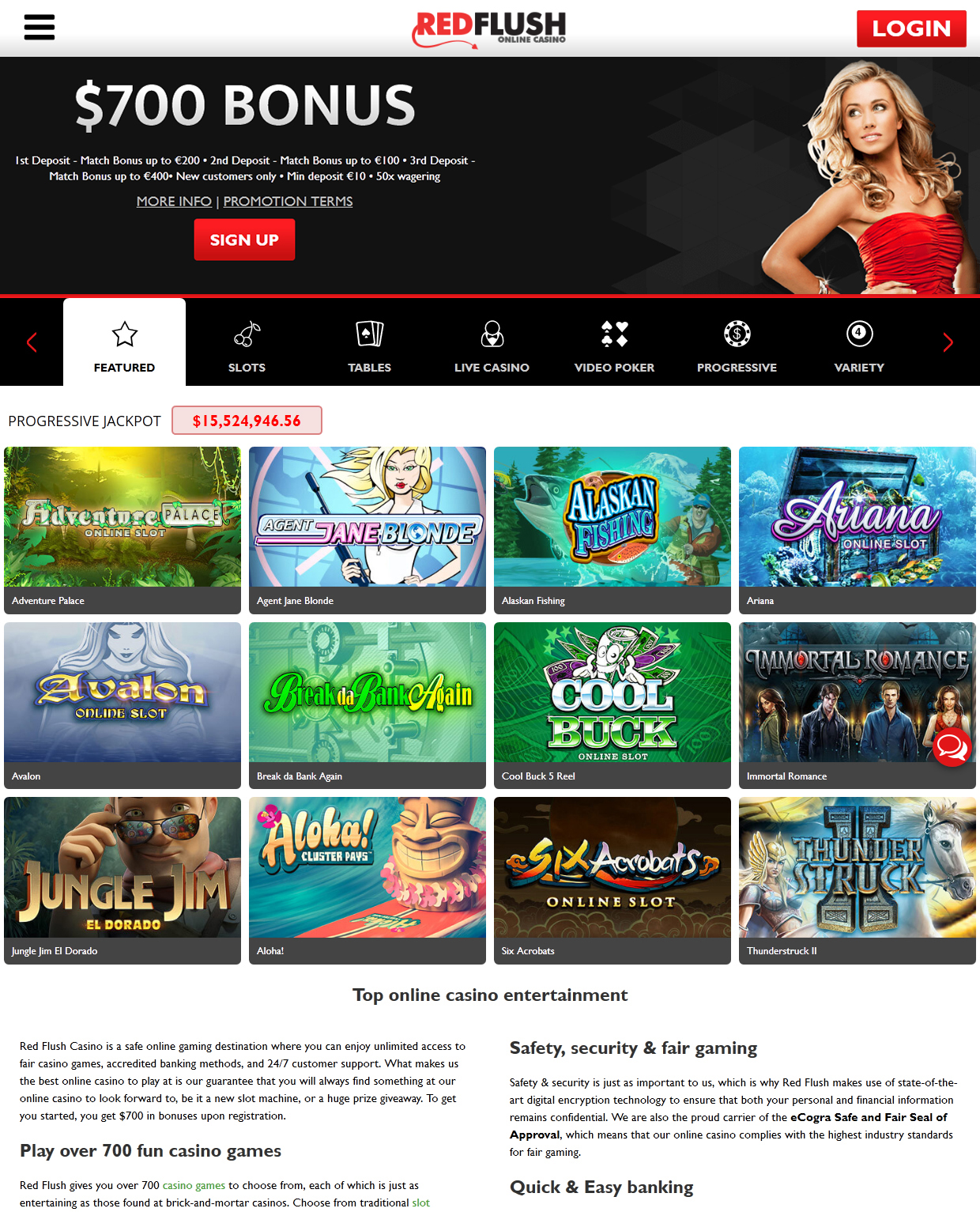 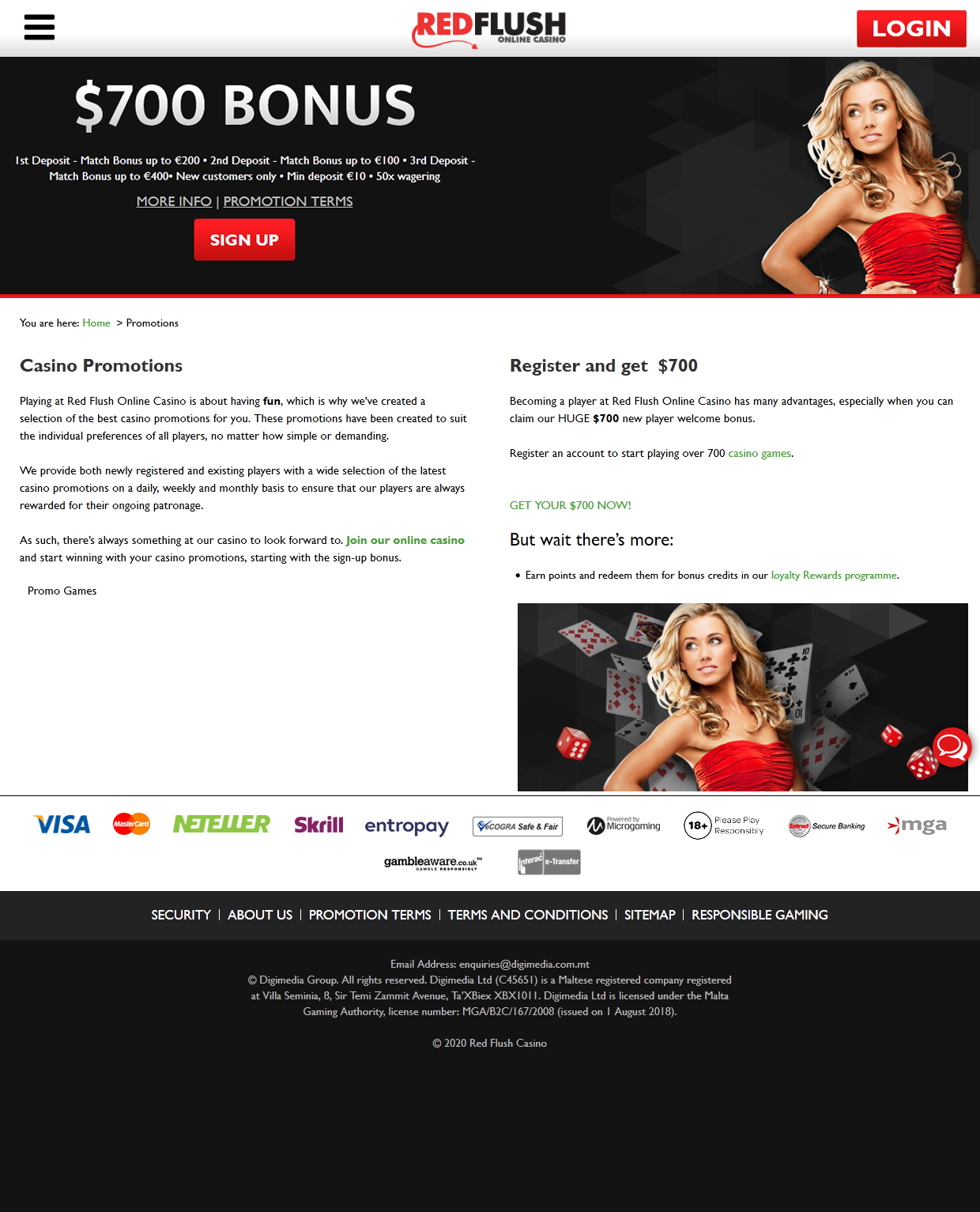 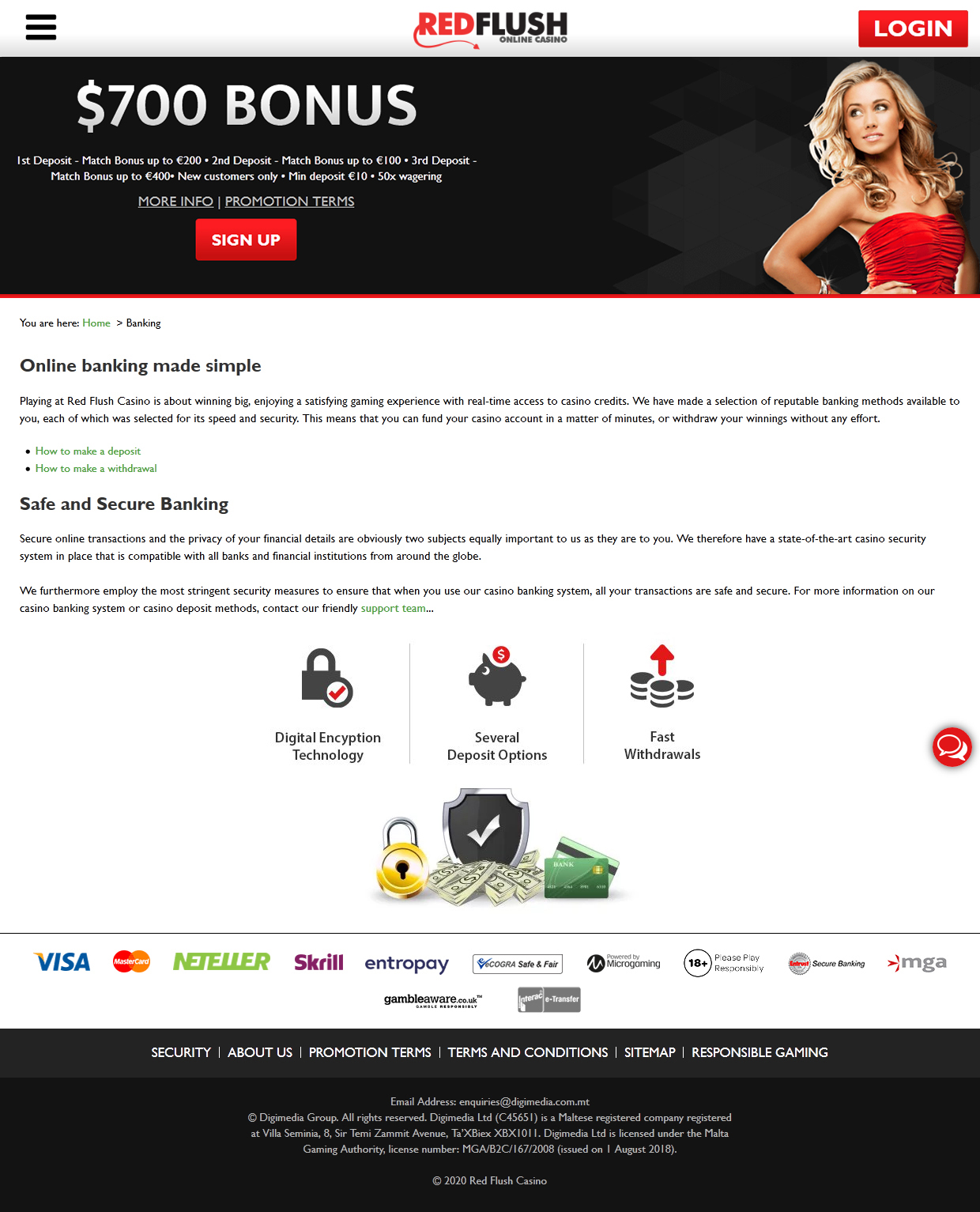 Red Flush is a legal and licensed Microgaming casino that features more than 500 pokies from this provider including its latest releases. As a great addition to the awesome gaming content, the online casino has to offer a wonderful bonus program with a generous starter package and VIP Club for loyal punters. Players of New Zealand are welcome to join in, play for real money and even win progressive jackpots developed by Microgaming. As any other casino powered by the stellar casino software provider, Red Flush operates in two game modes: as an app (available for download on any casino page) and directly in a web browser. In addition to the gorgeous game assortment with all kinds of pokies and table games, the casino boasts of implementing stringent fair gaming practices which are certified by an international testing agency, eCOGRA, which name is a byword for unbiased assessment.

The safe and secure deposit options in the online casino include Visa, MasterCard (only own funds, not credit cards), iDebit, Skrill and Neteller. Sadly for bitcoin holders, crypto money is not accepted in Red Flush. Limits handled by the casino are also method dependent – they normally start at $10. Both the casino app and the web casino platform have intuitive Banking department that allows for easy and intuitive transactions.

Not all deposit methods support cashouts. Players who wish to receive their winnings from Red Flush can request withdrawal through Visa, Bank Wire Swift, Skrill, Neteller, ecoPayz and bank transfer. A normal maximum limit is $10,000 per day but this fails to apply to all players. If a player attempts to withdraw an amount which is five times higher than his total cumulative deposits since registration, the casino applies a $4000 weekly limit. Besides, rules established by the gambling licensor (MGA) force Red Flush to conduct advanced identity verification in case of withdrawals of $2000 and greater.

Whenever one wants to enjoy gambling on the go, or when standing in a line or waiting for a bus, Red Flush is always at the fingertips thanks to its mobile-friendly website that contains a few hundred HTML5 pokies. Mobile games are augmented with a good bonus program that is the same as is designed for desktop users. Support options, T&C, FAQ page, Bonus Terms and other casino departments are easily accessible on the mobile site, which makes it a handy and comfortable gambling destination for New Zealand players.

Many NZ casino players will be happy to see a complete library of Microgaming products in Red Flush. This producer is very prolific as it does not rest on its laurels but delivers several new pokies per month. It has quite recently presented Immortal Romance Remastered, a real gift for pokie fans who remember the original Immortal Romance games full of captivating bonus features that unlock in a step-by-step way. As of this writing, there were around 500 pokies in the entire Microgaming collection – this quantity is the same in the branded app (available for download in Red Flush) and in a browser version.

Microgaming pokies are strongly associated with top quality and high payouts. Graphic-wise, they are not ideal, because the provider has been around for over 20 years and its first game editions are far from perfect.

Many games from Microgaming are based on a 243-ways-to-win approach, for example, Avalon 2, King Tusk, Robo Jack and Lost Vegas. This no-payline model is thought to be the creation of Microgaming.

Another interesting feature found in many Red Flush games is a Gamble feature that enhance player’s potential winnings. At the bottom of some pokies, there is a greyed out Gamble button that becomes active after a winning spin. When this occurs, a player can choose to click that button and play a Gamble mini round in which a card with a hidden face value will be presented. A player has to guess its color and/or suit in order to double the recent winning or even get it increased by x4. Some of the latest pokies have an advanced Gamble feature based on a sectored wheel.

Thematically rich and diverse, Microgaming pokies take a player to some historical sites, deep space, lush jungles or prehistoric times. In addition to the thematic opulence, their pokies tend to be equipped with numerous bonus features, which mainly concerns the titles appeared in the past few years. An avid New Zealand gambler who is after creative and original features should look at the following pokies: Games of Thrones, Festive Indulgence, Book of Oz Lock N Spin, a Lara Croft series just to name a few.

While most video pokies have a fixed 5×3 reel formation, some games have innovative configurations, like a famous Playboy Gold pokie with giant icons and a super big 6×10 field, or Candy Dreams with a diamond-shaped field. Besides, Microgaming is also known to use Stacked Symbols widely. They cover more than one place on a reel and increase the number of combinations that are generated after a spin. Examples of pokies with Stacked icons include Hound Hotel, Max Damage, Titans of the Sun Hyperion and Stardust.

Though classic pokies have a lower entertaining value for many players, there are still players in New Zealand who prefer this kind of entertainment. Classic pokies from Microgaming amount to about 30 titles, all of which are published in Red Flush. They are simple games with basic fruit symbols (cherries, lemons, dollars) and 1–5 paylines. Players who have never tried retro games are very likely to find them dull; however, they bear nearly the same winning potential as modern five-reelers. Some old-school pokies allow for betting up to 3 coins per line. In general, the maximum win can exceed 5000 coins (or about $25,000 for a five-dollar coin). Conservative pokie fans who are used to playing 3-reel games should appreciate the current game collection that the casino comes up with.

Some visit online casinos with the single purpose of trying to hit a progressive jackpot, especially if it goes about the ones supplied by Microgaming. This type of games has gained renewed momentum in February and then May 2020 in the aftermath of two pokies that were added to the iconic Mega Moolah series, Atlantean Treasures and Absolootly Mad. Jackpot chasers responded to that with a massive surge in game visits, due to which in 5 April 2020, the third largest Mega jackpot win of $16.4 million was recorded. Other popular progressives are Cash Splash, Major Millions, Tunzamunni and King Cashalot. Non-pokie progressives are Triple Sevens Blackjack and Roulette Royale (European layout).

Fortunately for table game fans, the reviewed casino features over 20 blackjack games such as Atlantic City, Perfect Pairs European Blackjack, Classic Blackjack and other mainstream and offbeat game variants from Microgaming. Other table games are 10 roulette variations, a couple of baccarat, craps and scratch cards.

Ultimately, there is a VIP Club based on collection of comp points that are earned every time a player makes a real-money bet in pokies and some other games. The rules underpinning comp points in Red Flush are basically the same as in other online casinos.