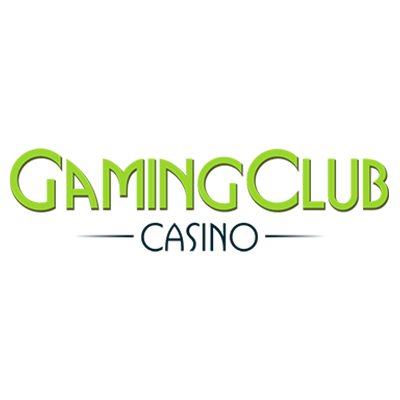 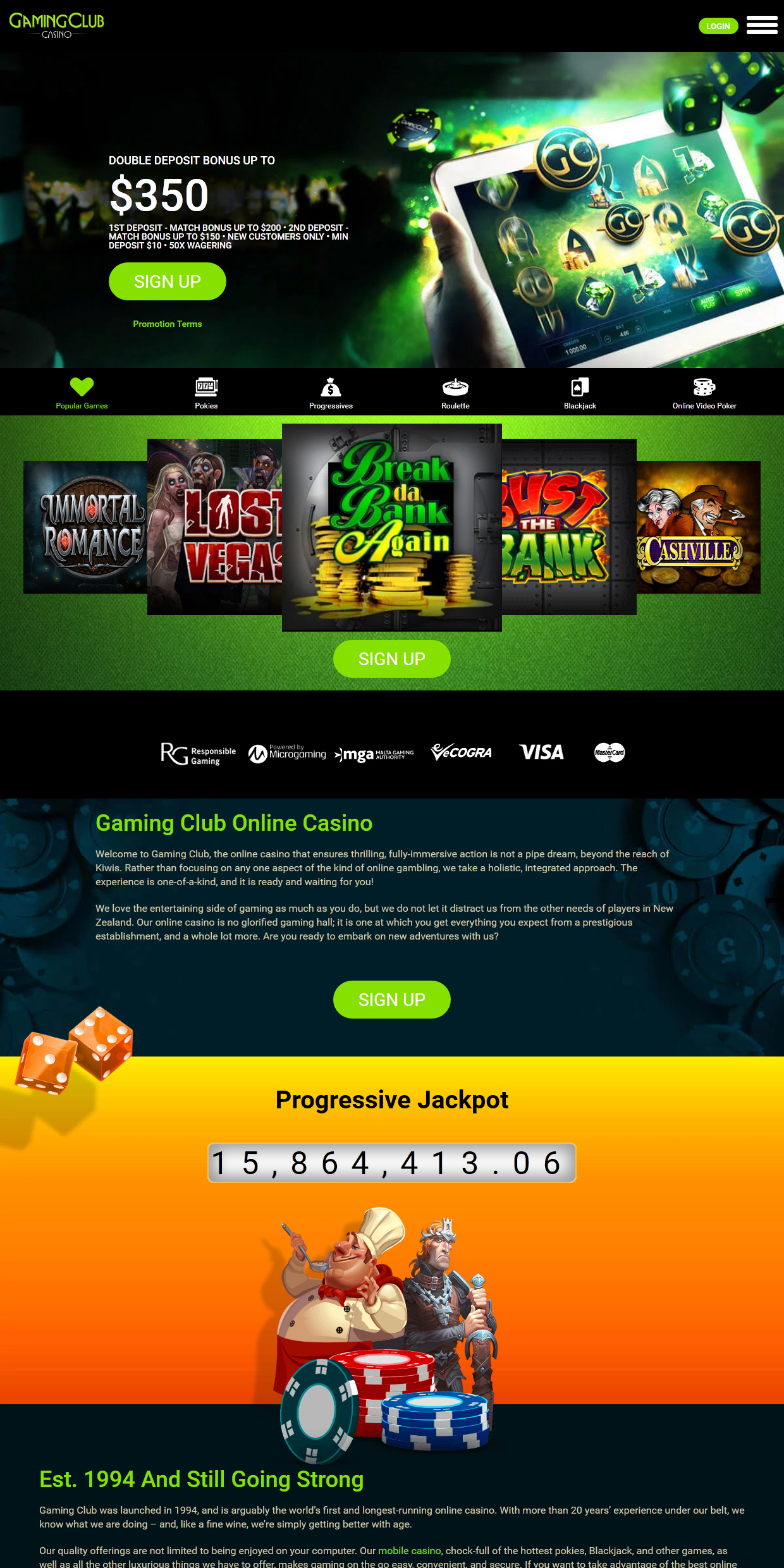 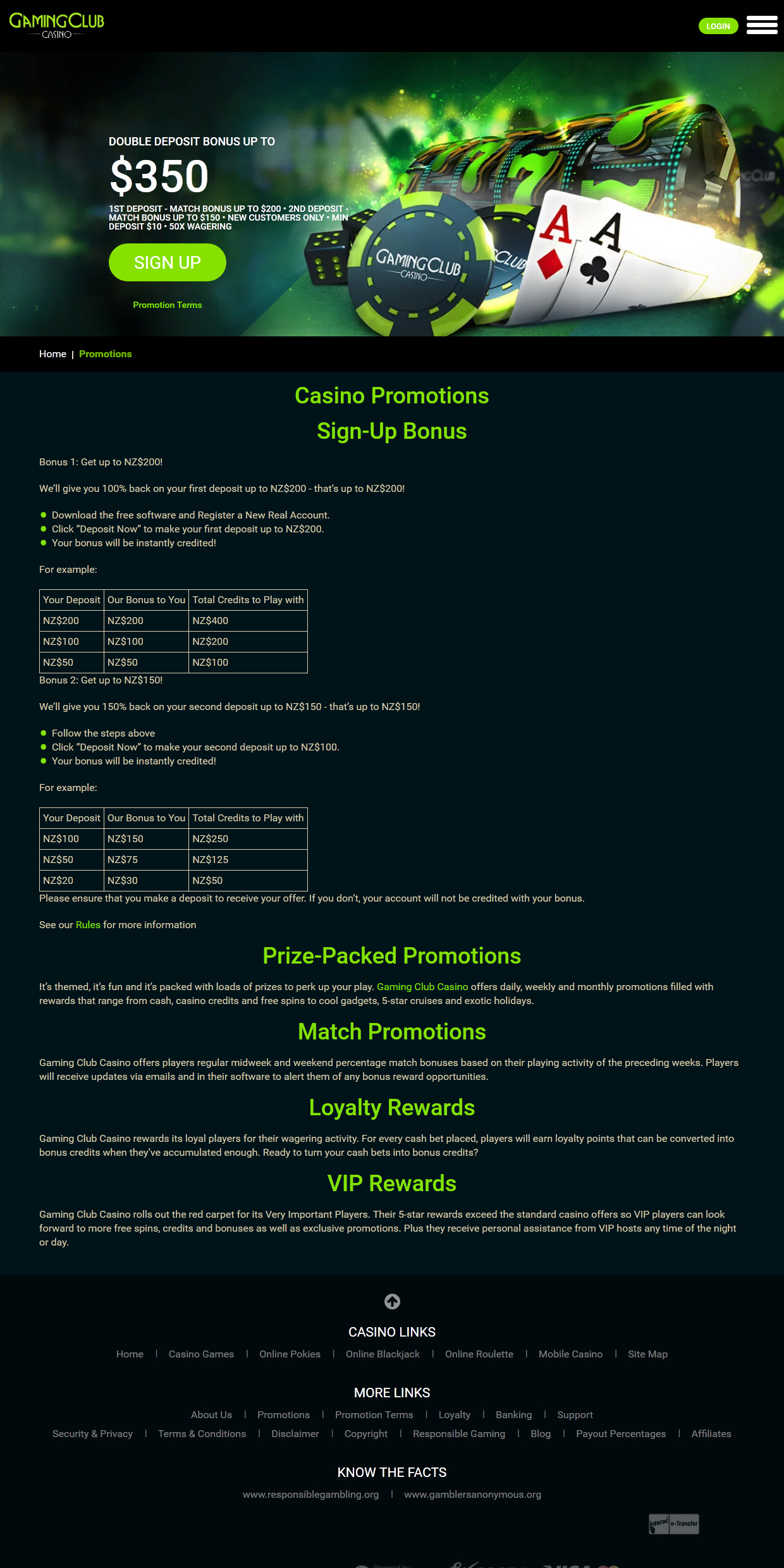 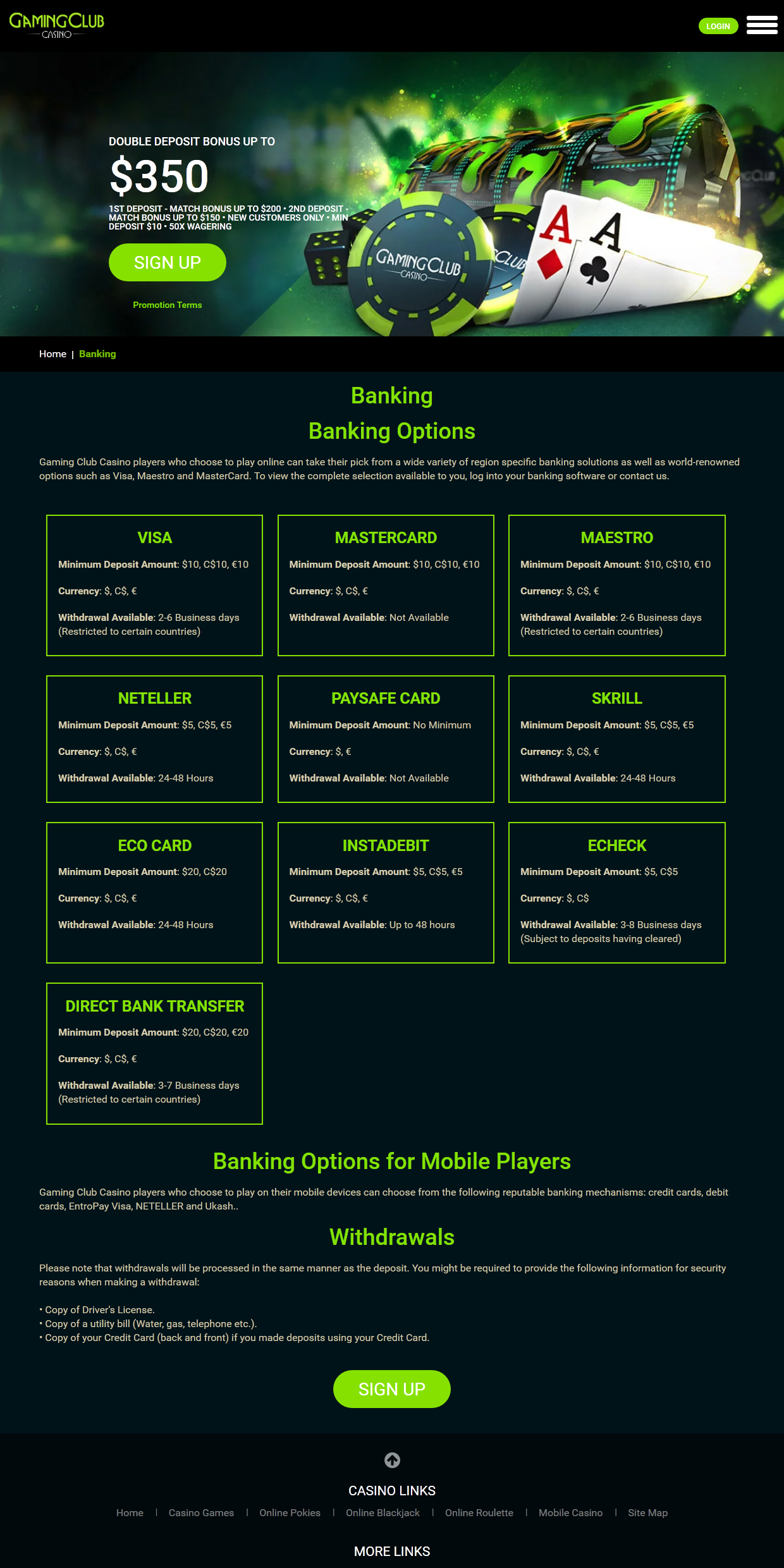 There is something about the unexplainable allure of Microgaming pokies that makes gamblers spin the reels for many hours at a stretch. Gaming Club is one of those stunning sites on the internet that offers a full library of Microgaming, from vintage slot machines dated to the end of 90s up to the most recent pokie editions. Pokies are not the only constituents of the collection. It also features lots of superbly designed roulette, blackjack and baccarat variants brought by the award-winning company. Games are accompanied with a splendid bonus program that has both novices and veterans covered. Welcome bonuses, reloads, free spins and loyalty program have been created to add fun to the gambling routine.

The reviewed online casino was founded in 1994 and is thus one of the oldest and long-established casinos on the market. Spotless reputation and impeccable financial transparency are what makes the casino stand out amid the competition. As any Microgaming-driven site out there, Gaming Club offers Microgaming’s in-house application that acts as an alternative method of browser-free access to games. Besides, the online casino has an officially certified game fairness assessed by eCOGRA, a top-ranked auditing company. Players can click on the Payout Percentages link in the site footer to view a pdf document that lists related payouts for all games offered by the casino. Gaming Club also runs a blog where it publishes articles on the recently released pokies and other interesting information relevant to gambling and sports. The blog is normally updated around every week.

Deposits and withdrawals in Gaming Club

Players having a registered account may add money to it through any of the following safe and secure methods: Visa, MasterCard, Neteller, paysafecard, Skrill, EcoCard, Instadebit, electronic cheques and direct bank transfer. For some methods, the min deposit is $5, for other methods the amount is $10, while some accept no less than $20. Maximum limits are not established by the casino itself as they are fully dependent on the policies of each specific method (normally, around $5000 per transaction). Bitcoins are not accepted.

Banking options for withdrawal are actually the same as above except for MasterCard and paysafecard. A player should mind the maximum limit of $4000 per week which is applicable to all players who have deposited for their entire stay at the casino one-fifth as high as they want to withdraw. Allegedly, this is true for most players, especially novices. Players who have a long trail of deposits and withdrawals in the casino can enjoy more liberal limits of $10,000 per day. Anyway, Gambling Club reserves the right to lift the limits for some players at its own discretion. Mobile users have the same option as specified above. Note that moneys cannot be withdrawn to bitcoin wallets.

Committed to top-notch gambling experience, the online casino offers a fully functional, user-friendly and easy-to-use mobile site that features more than 350 pokies from Microgaming. Mobile users can avail themselves of many enviable promotions that do make a difference. Though some older pokies are unavailable in HTML5, all recent releases – at least the ones developed for the last 2-3 years – are perfectly compatible with iOS and Android tablets and smartphones. The promotion program in the casino is universal, meaning it focuses on all kinds of players, both desktop and mobile users.

It is not by chance that awe-inspiring pokies from Microgaming appeal to most players of New Zealand. Games from that provider are extremely popular in many locations worldwide as they cater to everyone’s taste due to many alluring factors. First, a player can spin the reels at just one cent and increase a bet size to a few dollars per line. Second, everyone can pick a game according to their bonus feature preference. Almost every pokie in the collection has one or another bonus feature, from basic wilds to more advanced variants of a wild feature, like Stacked, Expanding or Sticky Wild.

Many pokies in Gaming Club are based on paylines, and their number is often adjustable, that is a player can select which number of them to wager on. In some cases, a pokie has 243 ways to win. For example, pokies like Avalon II, The Dark Knight Rises and Immortal Romance allow for creating combos when identical symbols fall on adjacent reels. NZ players should thank Microgaming for this generous solution as it always increases their winning chances.

Gambling Club proudly presents a full lineup of movie-inspired pokies that hit records in popularity and global appeal. Just imagine seeing your favorite characters such as John Connor from the Terminator franchise or Lara Croft from an adventurous film series, in a pokie. Microgaming has designed and brought to the world more than 15 branded pokies that are fully based on some high-grossing movies. In Jurassic Park (released in August 2014), players are transported to the formidable prehistoric jungles inhabited by scary dinosaurs. Features implemented here include T-Rex Alert mode with 35 extra wilds, Winning Wilds, Running Wilds, Split Wilds and a 243 ways concept. Other popular releases of this kind are Game of Thrones, Bridesmaids and Highlander.

Most five-reel games in Gaming Club have a gamble feature that activates after a winning spin. As a rule, the feature represents a simple Guess a card color game that doubles the winning if guessed correctly. Other well-known features that a New Zealand player can face are free spin selection, wild multipliers, pick-to-win bonus rounds (second screen) and payable scatters that award in any position. Overall, the Microgaming collection in the casino is so massive that every registered player will find here many games matching their preferences.

If one were asked to name the most well-known progressive pokie, Mega Moolah would be the most probable title to think of. This is really an iconic game that set the world record for the biggest jackpot win of almost 19 million euros. Along with Mega Moolah, the online casino features Major Millions, King Cashalot, Cash Splash, Tunzamunni and other progressive pokies courtesy of Microgaming. It is worth noting that all pokies from that vendor are networked, meaning thousands of players around the globe contribute to feeding jackpot pools. Most progressives are designed to be compatible with mobile.

Each welcome bonus is credited automatically upon a successful deposit of at least $10. The bonus amount is subject to a playthrough requirement of x50.

The online casino has a plethora of daily, weekly and monthly promotions that range from basic reloads on deposits to numerous free spins. Real-money punters earn points and can then redeem cash. Generally, the bonus program in Gaming Club is average by today’s standards. 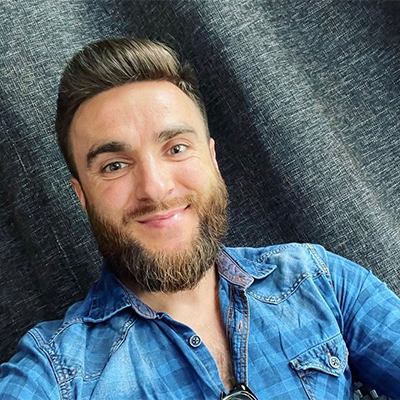