Copy Cats is a 5-reel 25-payline video pokie devoted to a feline theme. The cats here are designed in a funny style, making the entire pokie look like a short animated cartoon. Actually, the game is not complete with many features – its center piece is the duplication bonus that is able to provide a crucial boost to your coin balance. Enjoy 10 free spins where a wild stack can turn other symbols into wilds, too! Copy Cats is a charming pokie with playful characters that create the mood and pay out good money. 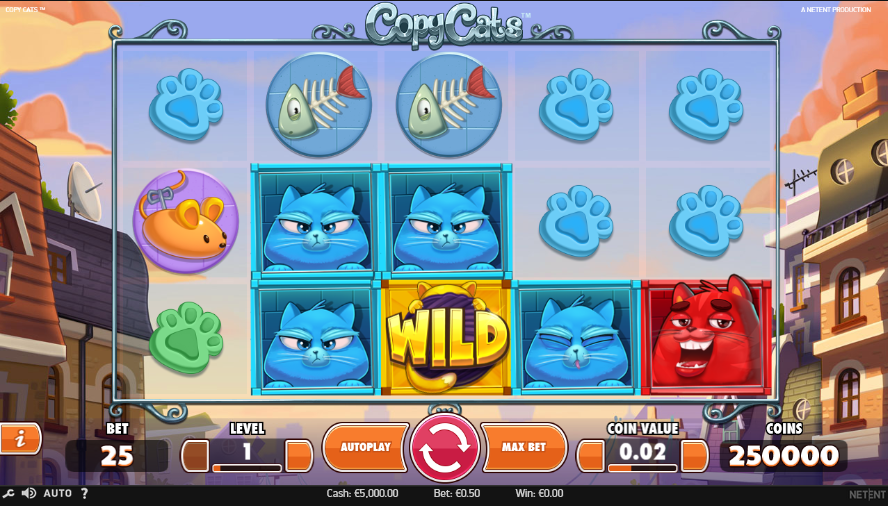 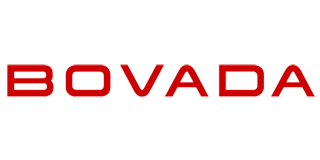 The fluffy creatures shown in the pokie are so cute and lovely that you will keep on spinning to see what they can offer you. The game would not be so interesting if it were not for a bonus feature that makes cats duplicate themselves on many symbol positions and create numerous combinations at a time. Well, this feature will be described in detail below and now let’s explore pokie’s payouts.

Only regular symbols create payable combinations – feature symbols just activate some bonus events but do not award coins. Blue, green, purple and orange cat’s paws award x5 to x25 for three, four or five of a kind. These are in a way equivalent to traditional playing card icons in many other pokies because they occur often and pay smaller.

An eaten fish, a bottle of milk and a clockwork mouse are mid-paying symbols that award x10 to x75. The most fruitful symbols in the pokie are blue, purple and red cats that pay x100, x150 and x200, accordingly.

To find out how much dollars or euros you would earn from whatever combination, you need to know bet sizes. In Copy Cats, you can select a coin value ($0.01 to $0.50) and a bet level (1 to 10). The number of paylines is not changeable and is always set at 25. So by lowering or increasing the said values, you can bet starting at $0.25 and going up to $125 per spin. Doing easy calculations, you can see that the maximum line bet is $5, meaning that the maximum prize will be $1000. This is not a soaring amount; however, payouts in the pokie take place very often.

A playful kitten hiding behind a wool ball produces a sweet animation on a win. The kitten is a wild symbol that substitutes for all regular icons. Wilds do not create their own winning combos.

A kitten neck collar with a bell is a scatter symbol. They appear on reels 1, 3 and 5 only, and hitting three at a time awards 10 retriggerable free spins. During free spins, the Duplication feature is active in a limited range because only wild symbols are cloned onto reels 2–5 on hitting a wild stack on reel 1. Free spins come at the same multiplier as the base game.

Copy Cats has a unique Duplication feature that ramps up winnings much higher than the pokie’s single combo maximum of $1000. Besides, there is a wild symbol, scatters and free spins.